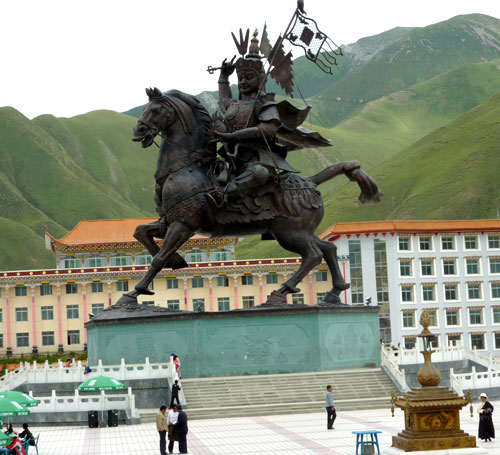 The Tibetan town of Yushu in Qinghai province is completely open (August 2009). There had been several reports that it was closed, or travel in and around the town was being severly restricted. We found it very open and relaxed with no limits on where we could travel so long as we didn’t try to cross into actual Tibet. The only thing banned was the annual horse racing festival.  The authorities apprantly feared what might happen if thousands of Tibetans got together.

The new airport had opened too. With either daily or twice weekly flights (depending on who you asked) for around 1,100 yuan to 1,300 Yuan for a one way ticket.

The 18.00 luxury sleeper bus (16 hours) is probably the best way to get to Yushu. However, the ride is made uncomfortable by the heavy smoking of your fellow passengers. The drivers all smoke as well despite signs everywhere saying it is prohibited. Avoid the last seats on a sleeper bus as you are cramped into a very tight and claustrophobic space at the back with 5 other people.