When travelling with Lonely Planet Guides there have been moments when we have asked ourselves, “do you really think they have been here?”. This article in the BBC seems to confirm they hadn’t. 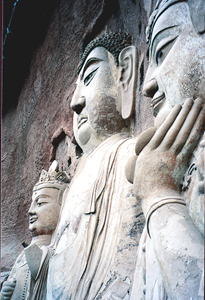 Tianshui and the Maiji Shan Grottoes

The main reason for going to Tianshui is to visit the fantastic grottoes known as Maiji Shan Shiku, or Haystack Mountain. Maiji Shan is a flat-topped rock formation, set in the midst of dense green forests. There are two groups of three large statues each, the highlight of which is a 16-metre Buddha, carved on the rock face. Then there is a whole series of caves, connected by amazing walkways that provide good views of the statues, as well as the opportunity to look into every nook and cranny of Haystack Mountain. 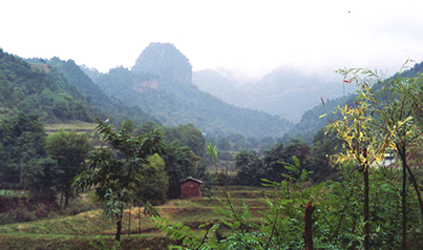 With statues ranging from the Northern Wei, through to the Qing dynasty, there is a real sense of…….. 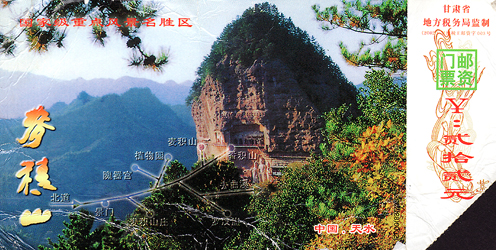 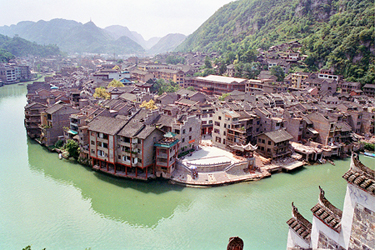 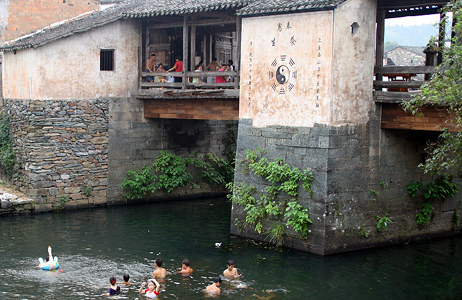 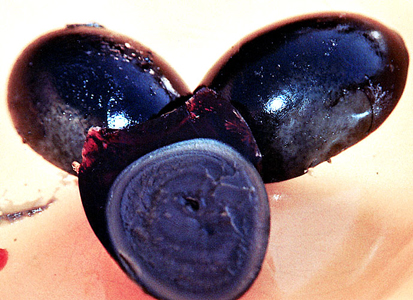 Just the name is usually enough for most people to distort their faces in a display of disgust and exclaim: “YUCK”, “URGH” or “revolting”! Quite often this reaction is repeated when they are seen and smelt for the first time, lying on a plate, dark, slimy and odorous. However, if this initial repulse barrier can be overcome and the diner is persuaded to try them, then the reaction is usually, “ah delicious”, “yum”! And a new convert has been won.

The Chinese translation for what we in the West call “thousand-year-old-eggs” is “pine-flower-eggs” (Songhua Dan), due to the flowery patterns resembling pine needles that…….. For more go to: HolaChina: Your Gateway to China 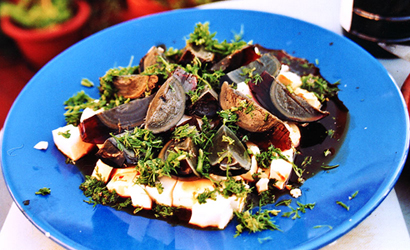 It wasn’t as easy as we had thought. Having paid 200 yuan for the Gansu Travel Insurance, a worthless piece of paper that does nothing for the hapless traveller, but protects the bus company in case you are injured or killed on one of their buses, a possibility that cannot be excluded, given some of the driving and conditions on the roads, we expected to be sold a ticket and board the bus to Pingliang.

Adam had seen on the departures board that a bus was leaving at 11.20, so he strolled over to the window, insurance paper in hand, to purchase two tickets. To our amazement, he was told by the rude attendant that there were meiyou (no) buses to Pingliang, ever, and that we had to take the train. Disbelieving, we went outside, to the departures area where we identified the actual bus and checked with the driver and conductor, who both confirmed that this was indeed the bus to Pingliang and that it was leaving at 11.20, but that we had to buy a ticket at the ticket office.

Round two: we returned to the office, choosing a different window, and asked for 2 tickets again. The second attendant just waved her hand at us in a dismissive manner and said meiyou baoxian (no insurance). So that was the problem? Triumphantly, Adam pulled out the insurance paper and placed it in front of her. Without even looking at it she just repeated meiyou and turned to the customers behind us. Though Adam insisted that our insurance was in order, she just blanked us, as if we didn’t exist. And here began one of those episodes that occasionally can drive China travellers to despair: we refused to budge, she refused to look at us, or our insurance. After a stand-off of 2 or 3 minutes, she pulled down the shutter and moved away. We tried two more ticket sellers, but met with the same response.

Eventually, we decided to just board the bus. We took two seats and waited. The conductor wanted to take us and was willing to purchase two tickets on our behalf. Unfortunately, an inspector prevented her from doing so. By now it was 11.20 and the driver was anxious to leave. However, knowing that we were in the right, we refused to get off. It was an uncomfortable situation for all, but we held our ground, locked in a ridiculous battle of wills.

As a last resort, Adam decided to appeal to the PSB, the security police. Leaving me on the bus, he went to the PSB desk inside the bus station. A friendly officer told him that he needed insurance to travel in Gansu province. Patiently, he again produced our insurance papers. Again, without looking at the papers, the officer told Adam to follow him to a travel agent’s next to the bus station. The agent pulled out some forms for us to fill in and said the insurance would cost 200 Yuan. Totally exasperated Adam showed our papers again and, at long last, someone actually bothered to look at them! ‘But you already have travel insurance!’ the surprised travel agent exclaimed, comparing the two forms. Back to the station Adam went, victoriously, accompanied by the PSB officer. He marched up to the same ticket seller, who had previously spurned his insurance papers. This time she merely smiled sheepishly and quickly sold him two tickets. Then we were off!

or how to enjoy classical Chinese theatre 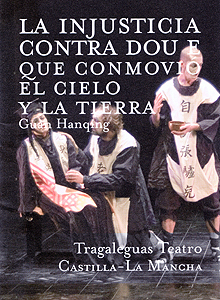 The Spanish theatre group Tragaleguas, which means ‘quick or great walker’ and who are based in Castilla – La Mancha, recently put on an innovative and fascinating version of the play ‘La Injusticia Contra Dou E Que Conmovio el Cielo Y La Tierra’, or in English ‘The Injustice to Dou E’, at the Circulo de Bellas Artes in Madrid.

This play, also known as ‘Snow in Midsummer’, was written by the Yuan dynasty Chinese playwright Guan Hanqing. Brilliantly performed in Spanish, by Spanish actors, ‘Dou E’ transported the audience back to ancient China and was enthralling from beginning to end. Tragaleguas need to be applauded for this imaginative and ground-breaking production, in the best tradition of early-Shakespearian theatre.

The play cleverly combined comic elements with fight scenes, acrobatics and high drama. Costumes, background and music were minimalist, yet evocative of ancient China, while the scenes of Dou E’s death and resurrection lent the production a distinctively modern flavour.

Best of all, Tragaleguas treatment of the play made the characters and their psychological make-up and motivation, which can be fairly hermetic in a Chinese play or novel, easily accessible to Western audiences.

Dou E is a motherless girl from an impoverished family, whose father sells her as a future bride into another household, so that he can travel to the capital Beijing and take the imperial exams.

More misfortune befalls Dou E when her husband dies shortly after the wedding and she and her mother-in-law are left all alone. A couple of local hoodlums, father and son, try to force the two women into marrying them. Dou E stubbornly refuses, faithful to the memory of her husband.

Eventually, a sequence of tragic events leads to the death of the elder of the two men. Dou E is falsely accused, tortured and found guilty of murder. At her execution, she staunchly defends her innocence and issues a warning to the people of the town, claiming that Heaven will surely avenge her.

Three years later, her father returns to the region as a judge. On finding it was his daughter who was executed for murder, he re-opens the case and conducts a re-trail which clears Dou E of the false charge.

Guan Hanqing, the playwright who is known as China’s Shakespeare, wrote during the Yuan Dynasty, 1271-1368, when China was ruled by Mongol emperors. Of the 64 plays credited to him, only 15 complete works remain today. ‘The Injustice to Dou E’ is his most famous work.

Guan Hanqing is credited for having started the Zaju dramatic art form. This form, which concentrated more on the problems and injustice faced by the common people, rather than on the lives of the elites, probably developed as a result of the Chinese literati themselves becoming second-class citizens under the foreign, Mongol emperors.

Guan Hanqing’s plays exposed the contradiction between the long- held assumption that the Emperors were to be regarded as the Sons of Heaven and the reality of the injustice many common people suffered under their reign. The last words Dou E spoke before her death probably sum up Guan Hanqing’s own bitterness towards the Yuan emperors: “Those who are kind are poor and die young, while evil-doers enjoy wealth and longevity. Heaven and earth both bully the weak and fear the strong, not daring to go against the flow. Earth, you make no distinction between right and wrong; and Heaven, you mistake the wise for the foolish.”

If you happen to live in Spain, you should check out ‘Tragaleguas’ programme, to see if you can catch another performance, it’s definitely worth it (www.tragaleguas.es).

Other readers should look out for any of Guan Hanqing’s plays being performed anywhere near them. 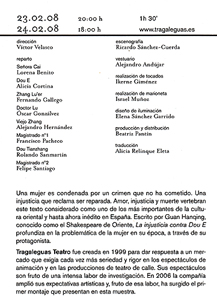 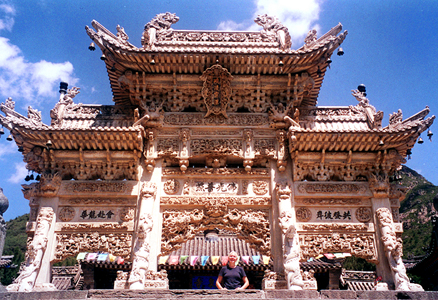 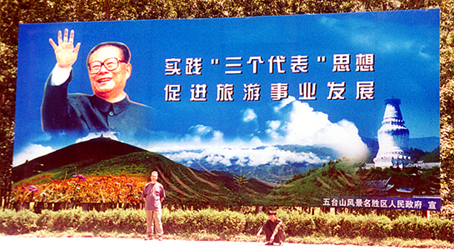 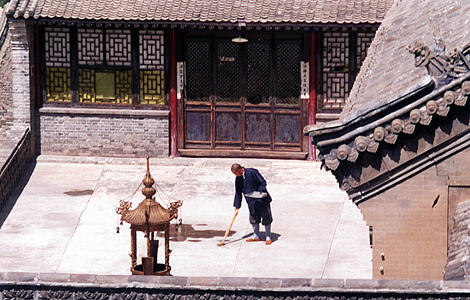 The Hakka Regions and the Earth-buildings

The bus ride from Chaozhou back into Fujian through the Hakka areas is beautiful. You pass through green mountains, rolling hills and rich farming land. What is more, there are several stunning villages along the way, great places for a quick stop and a bit of exploring, if you had your own car. Of course, there is also the occasional ugly industrial town to remind you that you are still in the 21st Century.

There is a marked difference between the Han villages you see on the early part of the journey and the Hakka villages near the Fujianese border. The Han villages are compact, houses are made of stone and white-washed, a number of them are two-storied with traditional eaved roofs, quite similar to the famous Huizhou architecture, near Huangshan. As you approach the Fujian border, the ordered Han villages give way to more spread-out farming settlements, characterised by the traditional Hakka earth buildings. The ones you see along the way are absolutely authentic and family clans still live in………. 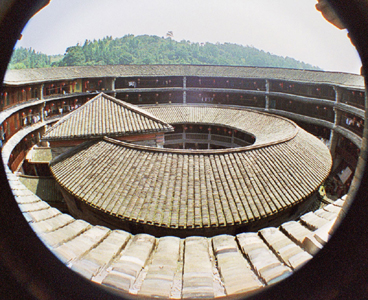 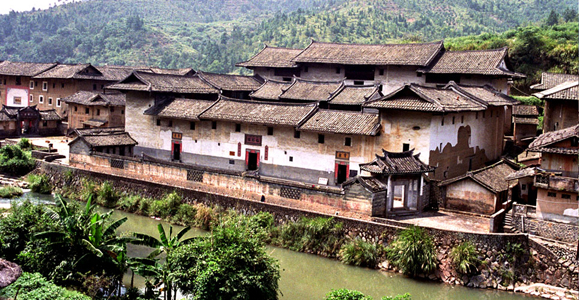