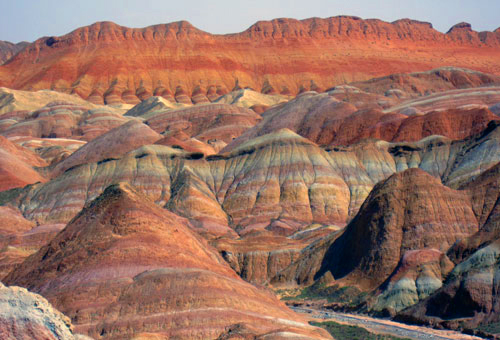 Zhangye Danxia Landforms Geology Park (张掖丹霞地貌) Is now firmly on the must see list in Gansu province. When we visited back in 2001 it was still under contruction and not a single tourist was there. I must admit that when I see recent photos of the Danxia Rocks it looks as if a coat of paint has been added. Yes they were colourful but not that colourful. Or is it photoshop?

The landscape is positively lunar, or something out of a sci-fi pic: we are surrounded by row after row of reddish rock formations, streaked with pink, white, yellow, grey and green.