Burgundy-Clad Heroes Airbrushed And Kicked Out: Reading foreign news reports about the Yushu earthquake, it was clear that large numbers of Tibetan monks had participated in the rescue efforts in the aftermath of the disaster. If, however, you had only relied on the Chinese state media, you would never have known they were there. In a classic case of Communist style photo-shopping that would make Mao proud, the Tibetan monks have been airbrushed from the picture. In the Chinese media, you can only see Han Chinese rescue workers and the Peoples’ Army, rescuing hapless and grateful Tibetans from the ruins.

To add insult to injury

To add insult to injury, the government is now actually ordering the monks out of Yushu, for fear that these burgundy-clad heroes might become too popular in an area where 97% of the population is ethnically Tibetan. Most of the monks have come from the neighbouring province of Sichuan, from the huge monasteries of Serxu/Serchul and those around Ganzi. These monasteries are known for their devotion to the exiled Tibetan spiritual leader, the Dalai Lama. Something we witnessed last year.

The pity is that the earthquake might have served to bring about a better understanding between the Han Chinese and the Tibetans. Instead, most Chinese will never know that the monks where there helping, and the Tibetans will again feel that the Chinese are now going to move in and control the area even more tightly than before.

There have been very few personal accounts of the tragedy in Yushu. But Losang, the creator of the Land of Snows Website, has written a first- hand account of how he and his family were caught in the earthquake. 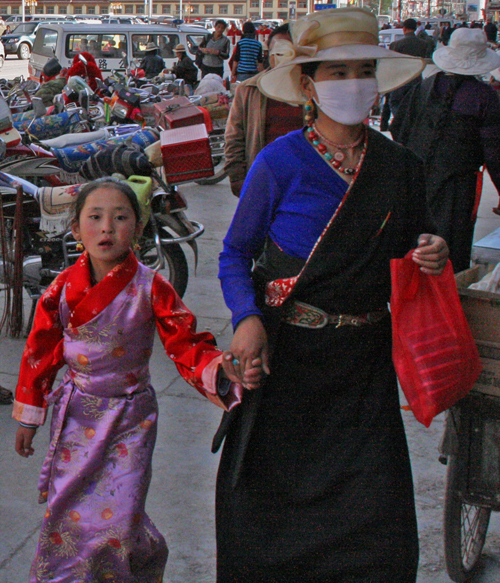 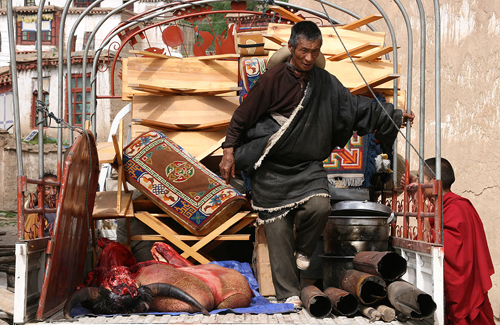 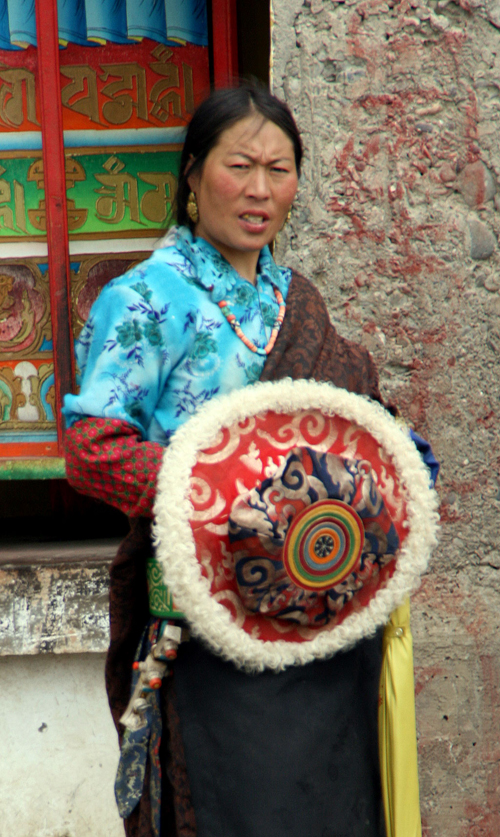 The first leg of the journey
Price agreed and the driver’s mind set somewhat at ease, we set off at 6.00 am.
The road followed what was now familiar territory, passing the Mani wall, Domkar Gompa, the turn- off to the Leba gorge and finally END_OF_DOCUMENT_TOKEN_TO_BE_REPLACED