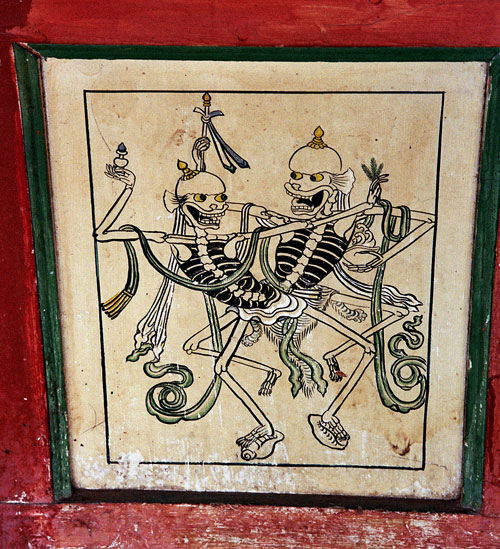 We visited the Qinghai town of Tongren in 2004. It seems that over the past few years it has become quite a popular destination. The stunning scenery along the road that crosses the wild grasslands from Xiahe in Gansu Province is one of the great journeys in China (and it is only about 5 hours.) 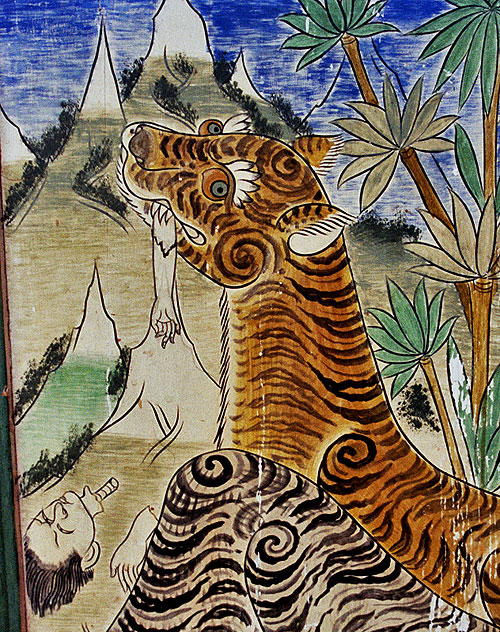 The Monasteries around Tongren are famous for their thangkas (The Tibetan Paintings you see in the Monasteries). This year when we explored the area around Yushu we visted the Trangu Gompa. The new  monastery building had been completely painted by artists from Tongren. The scenes from the Buddhist hell were particularly impressive. We’ll put them up soon. But for now here are some pictures of Buddhist hell from Tongren’s Longwu Monastery. 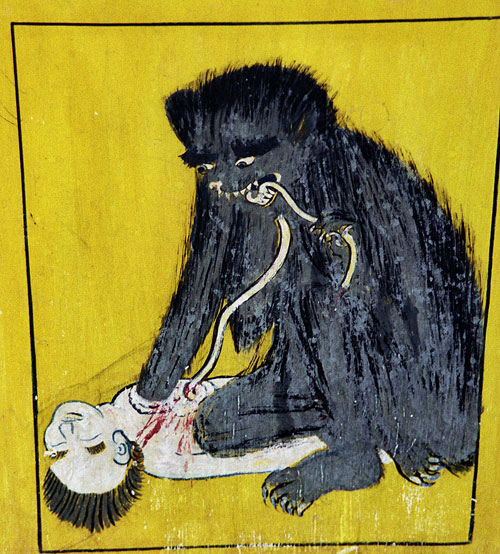 I must admit I love Buddhist scenes of hell and END_OF_DOCUMENT_TOKEN_TO_BE_REPLACED