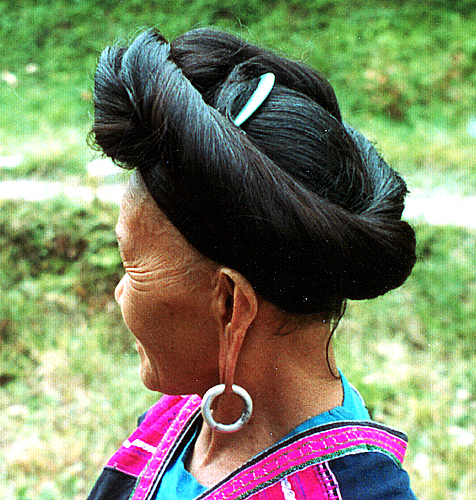 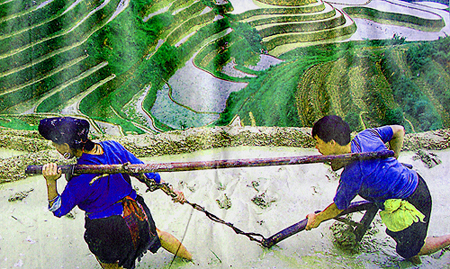 On that beautiful late summer’s evening in 2003 the dynamite went off at regular intervals, with a thud that echoed around the entire valley, shattering the silence of an area without cars and very little electricity. I looked on as a crowd of local Zhuang from the village of Ping’an gathered to watch how huge swathes of the beautiful terraced mountain side were blasted to pieces to make way for a new road that would eventually arrive at the very centre of their village. I wondered then what changes that road would bring to their lives. I never imagined that they would be so quick and so damaging. 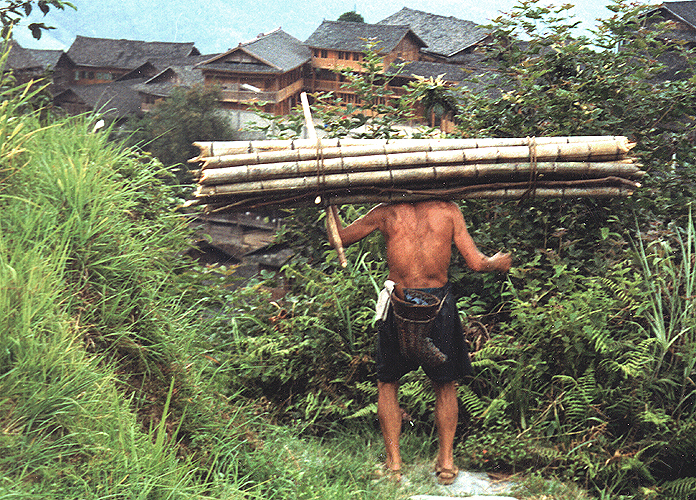 For a bit of background: the Dragon’s Backbone Rice Terraces are the result of hundreds of years of ingenious agricultural terrace farming culture. For centuries diverse ethnic minorities, the Zhuang, Dong and Yao have carefully built, tended to and maintained these magnificent fields. These days, the emerald terraces climbing up into the clouds form a spectacular sight, which has now become a must- see for the hordes of Chinese and foreign tourists, visiting Guilin and Yangshou. As a result, the terraces are now under threat, victims to their own success. 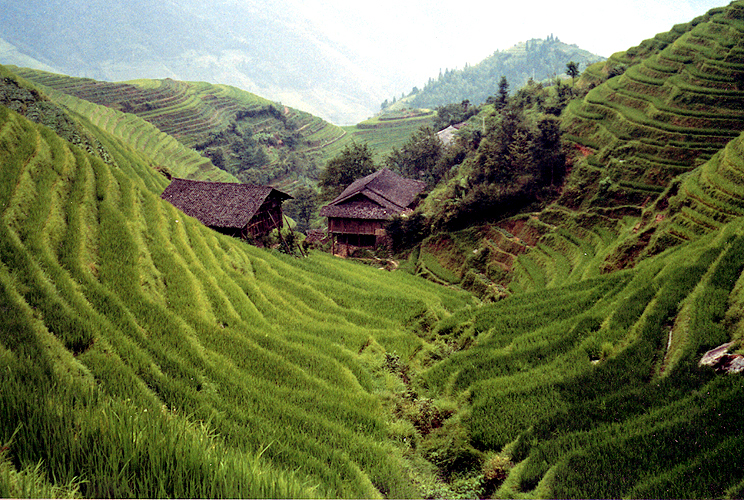 According to the Longsheng County head, Yang Tongming, quoted in the China Daily, the number of guesthouses in the area has risen from 3 with 45 beds in 2002, to 112 with more than 3,000 beds in 2007. This increase in the number of tourists has had detrimental effects on the area.

Firstly, farmers in the villages are abandoning the cultivation of the rice terraces in order to work in tourism where incomes are higher. The terraces need careful field management, in particular to maintain the ditches that help run off the surface rain. However, increasing neglect of the ditches is resulting in this surface rain forming torrents and wreaking havoc among the rice fields, causing many of them to collapse. Obviously, this is where the crux of the problem lies: if the art and culture of rice terrace farming disappear, because the farmers abandon their fields to earn a better living from tourism, then the rice fields themselves will disappear and there will be no more reason for tourists to visit the area. 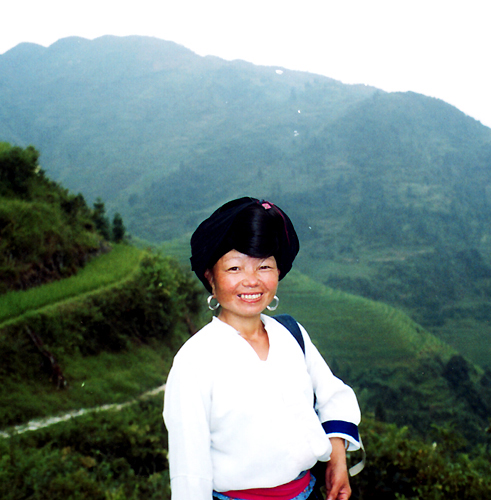 The second big problem is water: in order to cater for the huge increase in tourists, who push up the area’s population of 7,500 to an astonishing 300,000, farmers are only watering their fields during the transplanting season, leaving them dry half the year. In his article, Xiong Lei claims that tourism is literally “drinking their fields dry”. The deputy head of Longsheng county corroborates: “dry land leads to the collapse of the fields…” and is thus another factor contributing to their degradation. 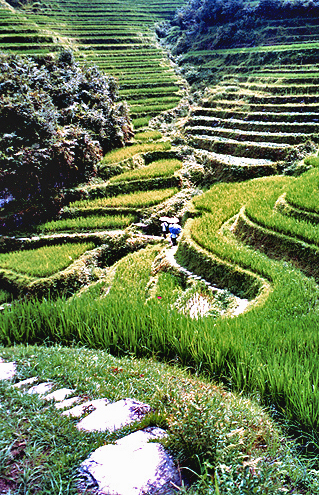