Zhang Yimou’s new film on the massacre in Nanjing, Flowers of War (金陵十三钗), is the second major Chinese production to hit international cinemas on this topic in the last few years, the other being Lu Chuan’s City of Life and Death (南京 南京). Having now seen both, I’ll try to compare and contrast them.

Both films are set during the early days of the Japanese conquest and occupation of Nanjing (南京) in 1937; Nanjing which was then the capital of the Republic of China. It was during this period that the Japanese committed the atrocities that were to become known as the “The Rape of Nanjing”. It is estimated that over 300,000 people were killed and thousands of women raped.

Filmed in black and white, Lu Chuan’s film conveys all the horrors and brutality of the destruction of Nanjing and its people under the Japanese occupation. Grey scene after scene, tense, gripping, and harrowing scene after scene, the spectator is left numb by the cruelty meted out by the Japanese army. The scene where the Japanese machine guns kill off the Chinese prisoners of war is horrific; yet, it represents the true events that took place on December 18, 1937, on the banks of the Yangtze River.

Nonetheless, in spite of the gruesomeness of his film, Lu Chuan was heavily criticized in China for showing the human face of (some of)  the Japanese.  At the end of the film, the young Japanese soldier Kadokawa is overwhelmed and tortured by shame and remorse for what his fellow countrymen have been doing in Nanjing. Apparently, Kadokawa’s show of feeling contradicted the Chinese Government’s official version that each and every Japanese soldier in Nanjing was nothing less than an unrepentant and murderous rapist.  Lu Chuan, apparently, even received death threats for having shown this side of the conflict. However, despite this one slight tilt towards showing some kind of Japanese humanism in Nanjing, I must admit that the Japanese still come out of this film looking pretty bad, for want of saying anything stronger.

END_OF_DOCUMENT_TOKEN_TO_BE_REPLACED

Here is an overview of the films we have managed to see so far:

The Road 芳香之路(2002, directed by Zhang Jiarui) is the moving coming-of-age story of a young girl, Li Chunfen, set against the Cultural Revolution of the 60’s and 70’s. 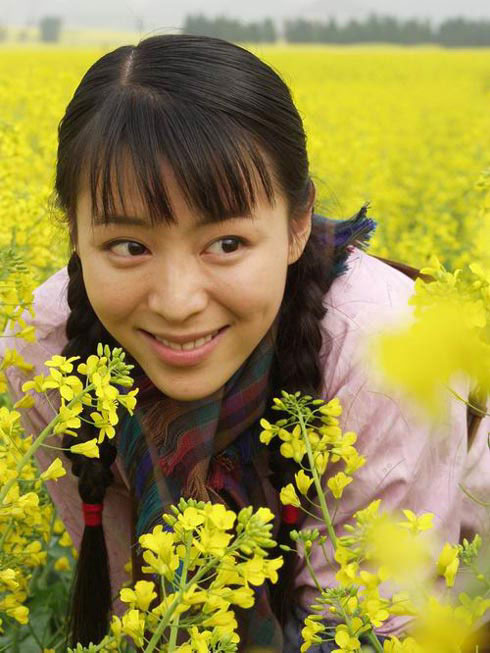 Li Chunfen is a sweet and naïve young girl works as a ticket seller on a bus driven by Lao Cui, a decent, quiet man and a model worker who has been praised by Chairman Mao himself. Every day, their trusty old bus travels the precarious mountain roads of eastern Yunnan, connecting isolated villages and providing a valuable life line. In the course of these travels, END_OF_DOCUMENT_TOKEN_TO_BE_REPLACED

Huanglongxi: Where Crouching Tiger and Hidden Dragon was Film

Huanglongxi: China’s Little Hollywood: Close to Chengdu is the town of Huanglongxi. Though not on the foreign tourist map, it is definitely a must for domestic tourists. Huanglongxi has been the stage set for many of China’s most famous soap operas, TV series and historical dramas, as well as some of Hong Kong’s biggest Kung Fu blockbusters. More recently, the box office hit ‘Crouching Tiger, Hidden Dragon’ was partly film in Huanglongxi.

It is a small town with a number of perfectly preserved streets and traditional Qing dynasty houses. Unfortunately, some of the streets have become slightly tacky, due to the proliferation of souvenir stalls.

Nonetheless, if you stroll a few hundred meters away from the main tourist drags, you will find yourself in equally beautiful, but quiet, back streets that even now preserve their artisan shops.

You’ll find places where they build paper spirit-houses, make bamboo fans, crush chillies and braid rope from straw. If you’re lucky, you may catch an opera performance in a side-street teahouse, or musicians rehearsing with traditional instruments in a back room.

While at weekends and lunchtimes the village can be a bit overrun, we found our afternoon visit rather relaxing. Next to the river are a host of teahouses, where snacking on spicy shrimps and fried fish and slurping gallons of tea are the order of the day.

Huanglongxi: A good place to Chill Out

Most of these places will also do a good cold beer, if you fancy a change. Besides the teahouses, traditional architecture and flagstone streets, Huanglongxi also has a few interesting temples that are definitely worth a visit.

In fact, one of these temples boasts a real theatre in its courtyard, where you can partake of tea on the stage. This is also where they shot some scenes in Crouching Tiger, Hidden Dragon.