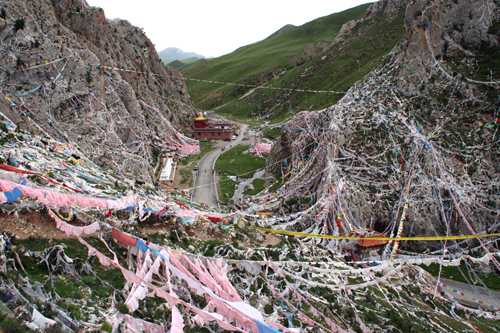 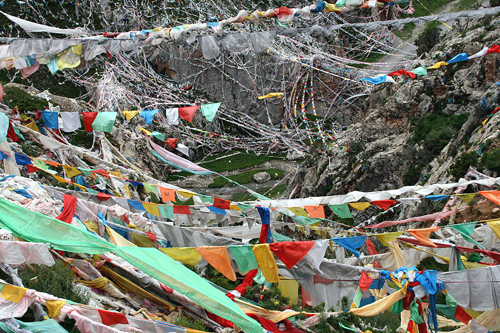 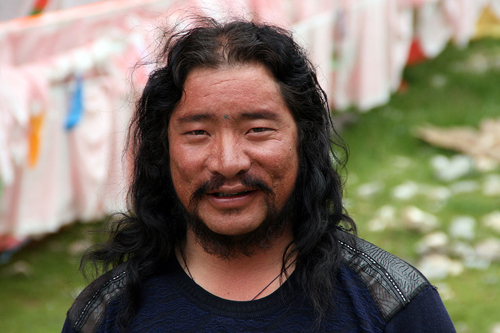 The Princess Wencheng Temple is situated some 15 kilometres from Yushu in Qinghai province, at the entrance to the beautiful Leba Gorge. We approached the temple from the Gorge (see article…). A first inkling of what was in store for us were the intense red, yellow, and green colours on the rocks formed by the prayer flags that made a pattern rather like a giant spider’s web. As we got closer, the temple itself came into view. Surrounded by a wall and a courtyard, the main chapel is built against the rock face and has some beautiful statues inside, carved directly out of the rock. A handful of friendly monks keep the place in order. Opposite the temple is a clear, fast flowing and winding river. 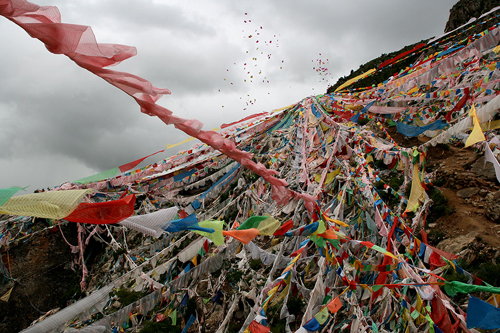 As soon as you start out on the Kora, you begin to appreciate the beauty and the uniqueness of the place. Never have I seen so many prayer flags cover such a vast area. It seems as if every piece of ground, every single rock, in fact, the entire gorge, has been covered. Some areas are multi-coloured, while other areas appear to have been chosen only to have red, yellow, or pink prayer flags. However, if you thought that there couldn’t possibly be any room for more prayer flags, you’d be wrong. 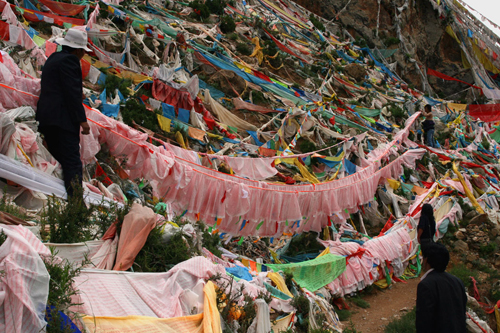 As we hauled ourselves round the Kora, we came across small gaggles of pilgrims, dragging enormous stings of prayer flags along. Then, at chosen points, they proceeded to hang them up. At times, some serious mountaineering skills were needed to scramble up to a peak, in order to get the best hanging position. From the Kora’s highest point there are stupendous views of the Leba Gorge, the surrounding mountains and the river below. So many prayer flags cross from one side of the valley to the other that they actually form a tunnel over the road and river by the temple. Walking the Kora takes about an hour, but you’re guaranteed to spend much longer, stopping frequently to take in the scenery, catch your breath, and use up your entire memory card. 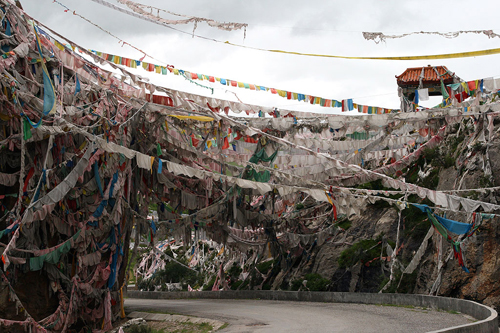 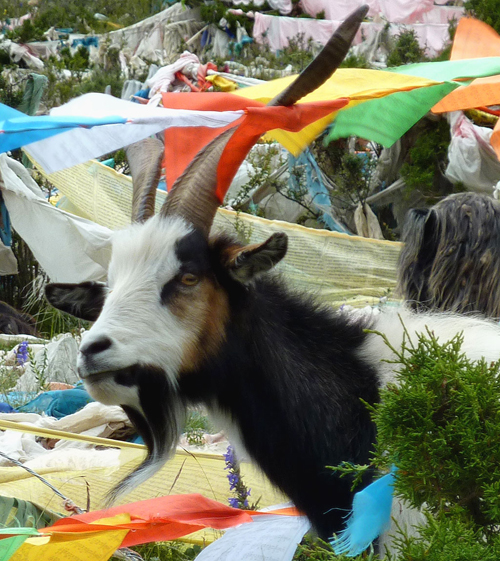 You can get to the Princess Wencheng Temple by using the monastery bus (10.00), or by hiring a car from Yushu. Be warned that the road from Yushu to the monastery is under construction and in a terrible state. We got to the temple by car, after having gone through the Leba Gorge. We hired a car for 250 Yuan for the whole day; a trip which included the Leba Gorge and a couple of other monasteries in the vicinity. 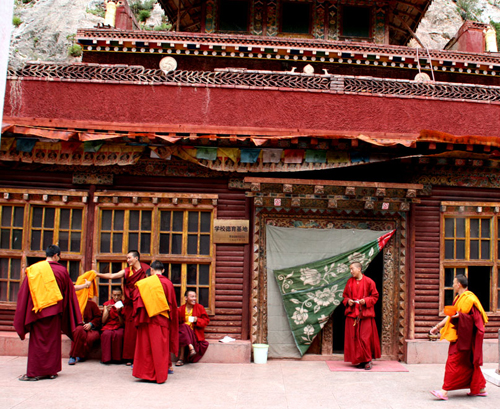