The Extraordinary Zhaozhou Bridge in Zhaoxian County, Hebei Province, about an hour from the provincial capital Shijiazhuang, is a stunning reminder of just how sophisticated Chinese engineering techniques were, more than one thousand four hundred years ago. That is the amount of time the Zhaozhou Bridge has stood spanning the Jiaohe River.

The bridge is the work of the engineer Li Chun who had to overcome numerous technical difficulties when designing and building it. First of all, it had to be high enough to avoid damage from frequent flooding, but at the same time it had to be flat enough to allow trade caravans and the imperial army to cross. Li Chun’s answer to this engineering dilemma was a segmental bridge, the world’s first, and predating other such bridges by 800 years. The shape is a part of a circle, rather like a flattened arch, and not a complete semi-circle, which had been the norm up till then.

The Extraordinary Zhaozhou Bridge: More than a bridge

Apart from its elegant shape, Zhaozhou Bridge also has some wonderful carvings of dragons and other mythical figures, the centrepiece is a carving of a Taotie, a dragon’s offspring. 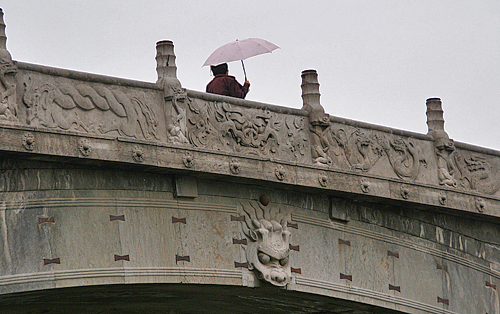 The bridge’s condition is immaculate and until recently it was still in use. Unfortunately, these days a park has been built around it, for which a 35 Yuan entrance ticket has to be bought. Obviously the bridge should be protected, but in this unnatural environment it looks slightly forlorn, standing alone, isolated from the road and devoid of any purpose. 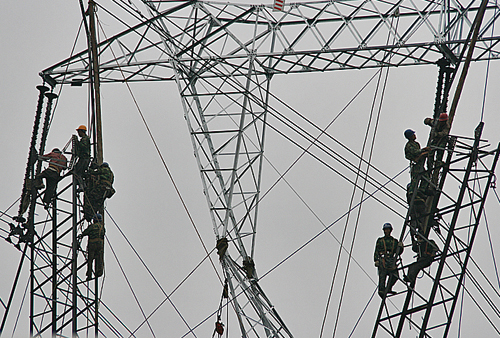 As an extra, our driver also took us to a huge Buddhist temple in Zhaoxian town. The temple is new, with only a restored Tang dynasty pagoda of any historical interest. However, it is extremely important for Chinese Buddhists and was packed with thousands of pilgrims.