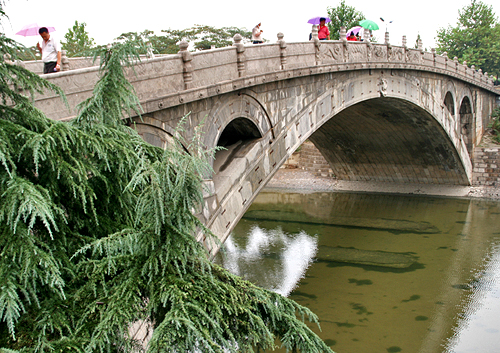 The amazing Zhaozhou Bridge in Zhaoxian County, Hebei Province, about an hour from the provincial capital Shijiazhuang, is a stunning reminder of just how sophisticated Chinese engineering techniques were, more than one thousand four hundred years ago. That is the amount of time the Zhaozhou Bridge has stood spanning the Jiaohe River. 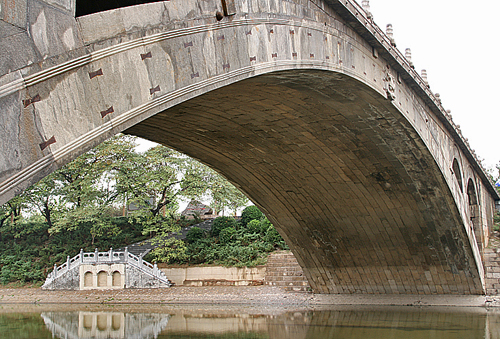 The bridge is the work of the engineer Li Chun who had to overcome numerous technical difficulties when designing and building it. First of all, it had to be high enough to avoid damage from frequent flooding, but at the same time it had to be flat enough to allow trade caravans and the imperial army to cross. Li Chun’s answer to this engineering dilemma was a segmental bridge, the world’s first, and END_OF_DOCUMENT_TOKEN_TO_BE_REPLACED 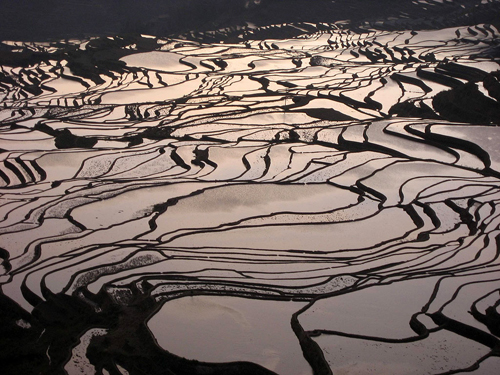 See the photos on holachina views

All photos by Alvaro Paredes Palacios

It’s coming to that time of year again, when thousands of budding photographers descend on the southern Yunnan town of Yuanyang to capture the amazing rice terraces at their best. 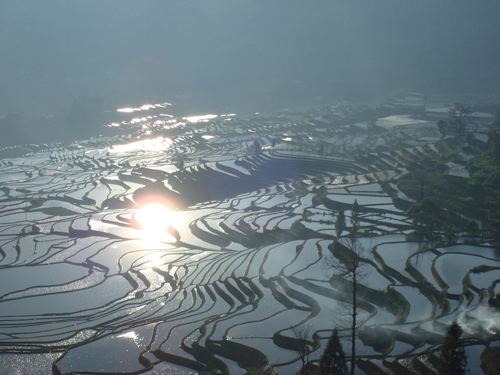 Cultivated over hundreds of years by the Hani minority, the rice terraces near Yuanyang form a stunning sight at any time of year, but it is in January and February when they are at their most magnificent. We visited the terraces in the summer of 2006, and while in summer the terraces are a spectacular blanket of verdant green, they are still no match for their winter spectacle. 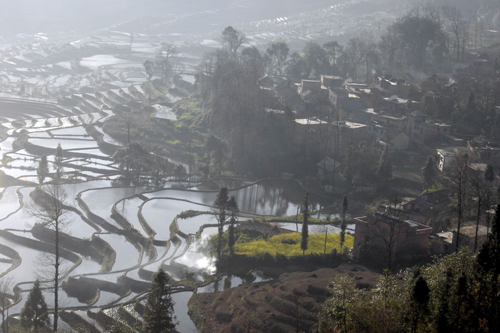 In 2008 we met two Spanish boys, Alvaro and German, on the bus between Luang Nam Tha and Nong Kiauw in Laos. This year Alvaro and German were fortunate enough to visit Yuanyang at the right time (middle of February) and have given us permission to put up some of the fantastic photos Alvaro took. I hope you enjoy them. 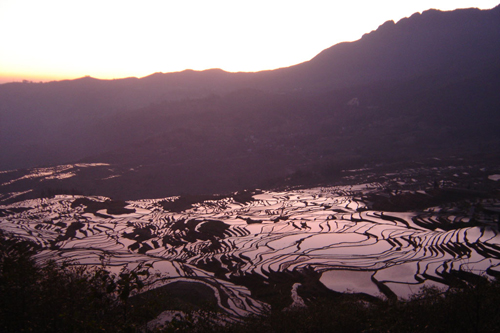 Yuanyang Update
When we visited Yuanyang in 2006 there were hardly any tourists, foreign or Chinese. The situation has changed radically in recent years. Yuanyang has now been included in the latest editions of Lonely Planet and Chinese photographers and tourists have also become more abundant. Some of the best scenic spots have become rather over crowded at peak times e.g. Sunrise and sunset. However, just walk away from the crowds and dive in and amongst the paddies and in a few minutes it will just be you, the views and the local Hani farmers. 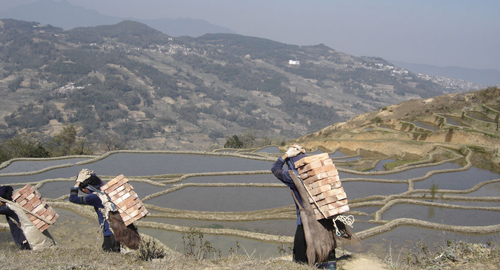 Accommodation options have also widened recently. However, if the Chen Jian hotel (mobile: 1376 9492816) is still in good order, I can’t think of a better place to stay. 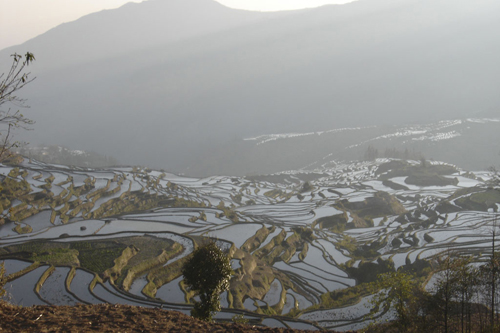 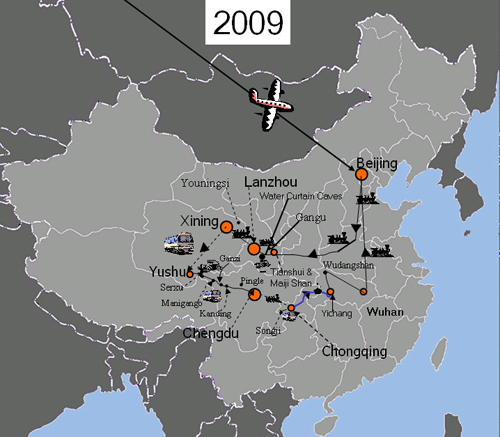 We’ll be putting up some more material in the next few days and weeks related to the trip. The next text will be about the Sichuan and Chongqing towns of Pingle and Songji. This will be followed by more information about Yushu and the area around. We took so many photos that it is taking ages to sort through them.

Here is a quick breakdown of our route this summer made over a period of nearly six weeks using a combination of train, bus, taxi and boat travel. Some serious problems with altitude sickness made us cut short our visit to the area around Nangchen in Qinghai province.

As soon as we get back to Madrid (in 2 weeks) and go through our photos we’ll put up small texts for the blog and longer ones for the Web. We are also working on a new Photo gallery.

Books read during the trip:

Try this French Site for a virtual view of the Forbidden City in Beijing. Looks like Sim City. La cite interdite

We are currently on an overland trip from Thailand to China to Laos and back to Thailand. Due to blogging restrictions in China we will be updating the blog when we reach Laos in a few weeks. Keep looking. 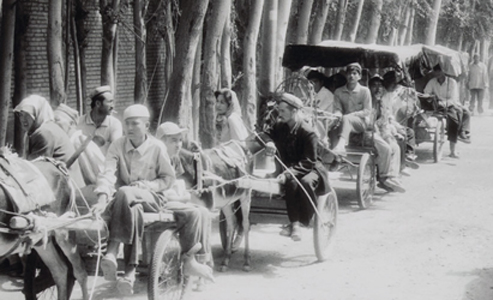 END_OF_DOCUMENT_TOKEN_TO_BE_REPLACED

Chengdu is almost like a second home to us in China. We have passed through the city so many times on our travels around China and we’ve shared so many great experiences with its residents. In these tragic moments we would like to express our deepest sympathies to the people of Chengdu and those of the surrounding areas.

When travelling with Lonely Planet Guides there have been moments when we have asked ourselves, “do you really think they have been here?”. This article in the BBC seems to confirm they hadn’t.