See below for more text, large photos and Practicalities.

On the Anhai-centre-side of the bridge, there is another, larger temple, of the exuberant and colourful Fukianese style, very well-kept and much visited. A pair of weathered ancient sculptures guard the entrance, while many locals can be seen making offerings inside. 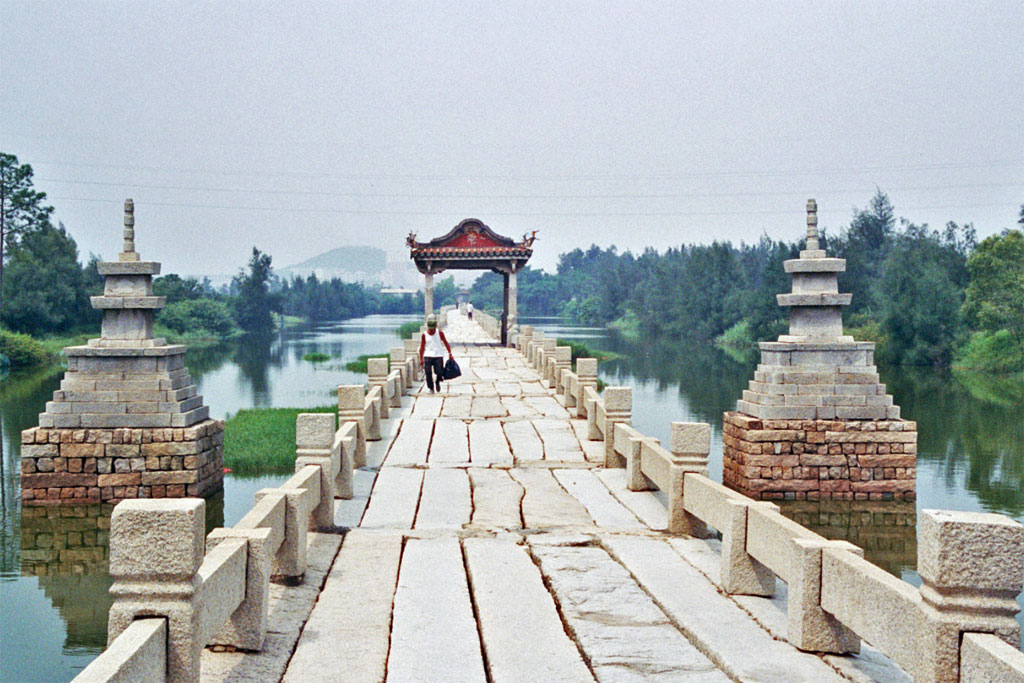 Getting There: From our Diary September 1995 (somethings may have changed)

Take a bus from Quanzhou’s bus satation. They seemed to leave every half hour.

Quanzhou is not an expensive city to visit. Good hotels can be found in the centre for around 150 yuan (15 Euros), for a standard double with breakfast included. We stayed at the City Holiday Hotel, a typical three-star business hotel for 164 yuan for a standard double (Tel – 0595 – 22989999). It was pretty good value with spotless rooms, friendly service and a reasonable breakfast. As for eating, you can find some of the best and most reasonably priced seafood in the whole of China on Meishijie, (Delicious Food Street). Apart from the prices, what makes Meishijie such a great place to eat is that there are restaurants specialising in all the regional styles of Chinese food, but with the added benefit of using some of the freshest fish and seafood you will find in China. 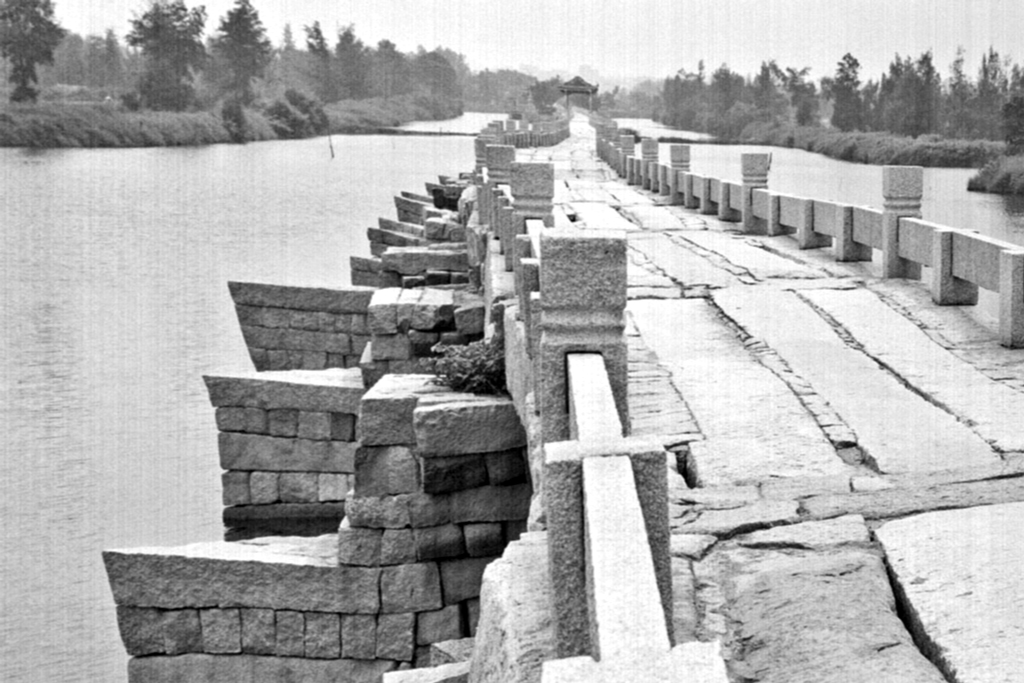 2 thoughts on “Anping Bridge 安平桥 Photo of the Week”